But in Beijing, it’s about to be a thing of the past.

The Beijing Traffic Management Bureau has installed 20 honking recognition systems near hospitals and schools throughout the city.

Every time a car honks, the acoustic camera will locate the source.

The “acoustic camera” system consists of a 32-microphone array, a high-definition camera, a display screen, a flash and a processing system.

Once a car honks, the microphones zero in on the source of the sound. The camera will then capture the image of the car’s license plate and film a two-second video.

Police officers can then use the data to determine whether the driver honked their horn under reasonable circumstances. If not, the offender gets a ticket from the authorities.

Honking has been illegal in most areas in Beijing since 2007, with offenders being slapped with $16 fine.

But the law was ineffective in deterring most rude drivers, as it proved difficult to collect evidence.

During development, Wei says it proved difficult to distinguish between car horns and other noises; and the microphone array had trouble isolating the source of honking if vehicles were too close together.

But he says such challenges have been now been overcome and the recognition system claims an accuracy rate of 92-95%.

Apart from Beijing, the devices have been installed in about 40 Chinese cities including Shenzhen and Chongqing, according to KeyGo Tech.

Wei says that initial data shows that the devices have been able to lower the amount of urban honking by two-thirds.

The firm believes that there is a huge market for the technology, which it says has other potential uses as well.

But for the time being, the device has already helped the drivers of Beijing to rein in their tempers. 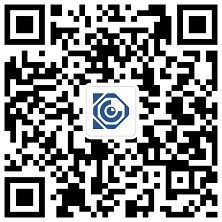